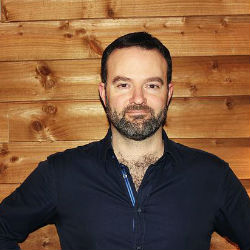 Nick first started in coffee some ten years ago when he and his siblings (Andrew and Laura) launched one of London’s first speciality coffee businesses, Taylor St Baristas, in 2006. Taylor St today boasts 9 cafes in and around the City of London and continues to blaze a trail in the UK’s quality coffee sector with its world class barista training program and innovative store designs.

Nick left Harris + Hoole in 2015 to refocus his attention on Taylor St, which, in 2016, opened both its first store abroad (in New York City) as well as a coffee roasting business back in London.

Prior to coffee, Nick worked as a management consultant in Sydney. He has a BA/BEc from the Australian National University and an MBA from INSEAD