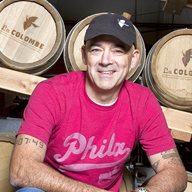 A passionate crusader for social and ecological causes, Todd has a decade-long history of undertaking self-supported treks into challenging environments. He’s visited nearly half the world’s countries, crossed large parts of the Sahara on foot, as well as the Gobi, Namib and others. He is also the first American to solo trek across Antarctica from coast to the South Pole, establishing a world speed of 39 days, 7 hours and 49 minutes.

Together with his business partner Jean Philippe Iberti, he has spent the past 18 years advancing the way the nation experiences its coffee. In pressing the limits of taste, service, and most notably coffee sourcing – venturing into the world’s developing countries to responsibly and sustainably gather the planet’s best coffee no matter the origins – Todd has converted the nation’s culinary elite into La Colombe drinkers. Along the way he has made his company the country’s leading coffee roaster while managing it philanthropically.

Married to singer songwriter Lauren Hart, the couple have recently expanded their family by adopting three beautiful girls and a baby boy from Ethiopia. Todd is also an author and contributor to the Huffington Post and Esquire Magazines, and is currently working on a TV show with the Travel Channel, Dangerous Grounds.