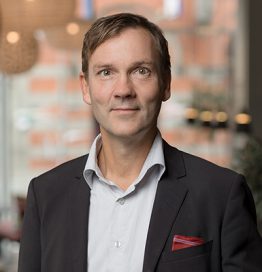 Mats has an extensive background from working with well-known brands in the Food & Beverage-, Hospitality- and Retail sector for the last 20+ years. Up until 1998 he was working in the tourism and hospitality business in various positions with a special focus on environment, expansion and IT.

From 1998 until 2009 Mats worked at McDonald’s Sweden as a Real Estate Manager and Chief Controller before moving into the position of Director of Development, where he was part of the opening of the first McCafé in Sweden.

Thereafter, he spent three years in the retail sector working with international expansion at Axstores. Mats joined Wayne’s Coffee in 2013 as a Deputy CEO. Over the last couple of years, Wayne’s has transformed info a fast growing international company with a position as a sustainable coffee shop chain – aiming to be the “No 1 organic coffee shop chain”.

Mats was appointed CEO of Wayne’s in March 2018 when the company was bought by the founders to the German group Autobahn Tank und Rast.