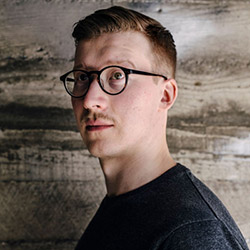 Kalle is the Co-Founder of Sudden Coffee, world’s first specialty instant coffee, or as the The New York Times out it: “instant coffee you’ll actually want to drink. Previously Kalle has founded four companies including award-winning cafe Freese Coffee in Helsinki. He is two-time Finnish Barista Champion and was ranked as the 9th best barista in the world in 2015. Kalle studied Marketing and Food Science at University of Helsinki.