How the coffee shop became king in South Korea 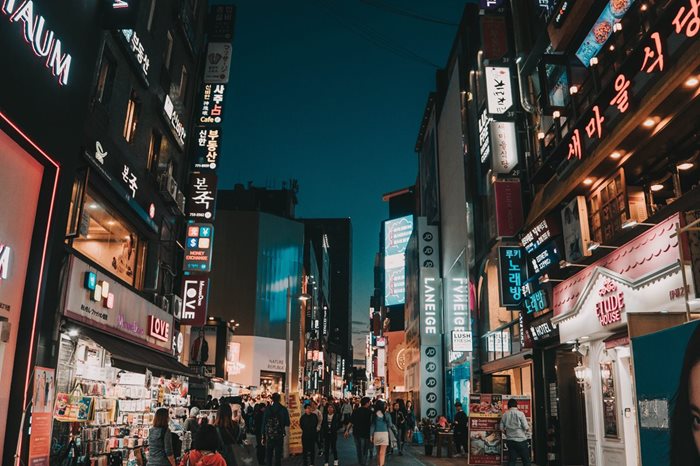 Seoul is home to an estimated 18,000 coffee shops

Though not traditionally a nation synonymous with café culture, the Korean coffee shop market is booming. A recent estimate pegged Korea’s total coffee market value at 11.7tn won (US$10.8bn), with the south-east Asian nation home to some of the of highest density of coffee shops per capita in the world. Around 26.5 billion cups of coffee were consumed in 2017 and the number of cafés is estimated to have reached 88,500 – a 63% increase on 2015. That’s roughly one café for every 600 South Koreans.

South Korea is a country of gargantuan coffee shop chains, where domestic market leader Ediya Co., which operates more than 2,000 outlets, jostles with Starbucks’ 1,100+ stores and thousands of smaller chains of independent brands. With seven stores across the east-Asian nation, a further two in the pipeline and two licensed sites in Malaysia, Seoul-based specialty coffee shop, BEAN BROTHERS, is by no means one of the bigger chains in South Korea, but they’ve have been key players in championing the country’s specialty coffee movement.

In country where pre-formulated instant coffee is still hugely popular, BEAN BROTHERS is generating consumer awareness – and appetite – for specialty concepts. With their brand motto; “your personal coffee guide”, the specialty chain presents two new single origin beans every month from their Seoul roastery, which produces up to seven tonnes of coffee a month.

“When we started in 2013 it was difficult to explain the taste of each single origin coffee and we worked hard to make it more attractive, more accessible,” explains Seoyoung. Since then, consumer awareness of specialty concepts, has grown massively. And whether its revitalising former industrial spaces or introducing South Koreans to the very latest nitro latte brews, each plank of BEAN BROTHERS’ business strategy responds to facet of Korea’s vibrant café culture. 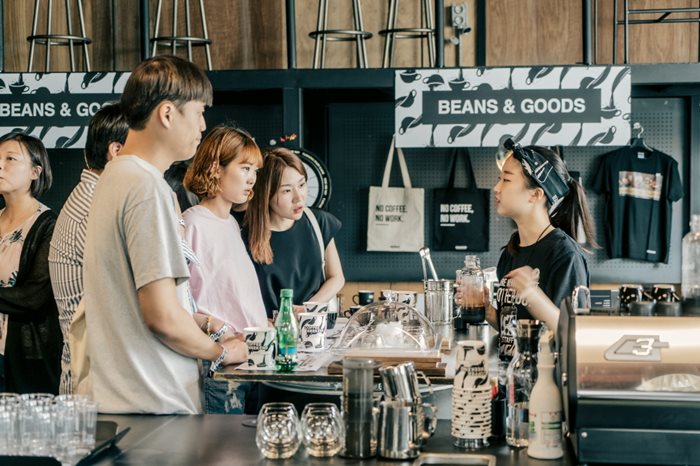 BEAN BROTHERS operates under the motto “Your personal coffee guide”

But Seoyoung explains that many South Korean consumers are still much more interested in the café they visit than the coffee in their cup. Aside from providing a daily caffeine fix, coffee shops have long been the focal point for an array of work and social activities. Big chains like Starbucks, Café Mena, or Hollys Coffee absorb huge crowds of laptop-laden workers and students while and smaller, boutique independents have become hot destinations for that big date or meeting with friends.

And the seemingly unstoppable demand for coffee in South Korea is providing fertile ground for coffee shops all over the country. Seoulites in particular have developed the cultural tendency to meet out-of-home, something which has been driven by the prevalence of smaller, standardised apartments in the city and a strong tradition of third-place gatherings.

“Most apartments or condominiums have low ceilings – people don’t really like staying at home. Over the past decade consumers have preferenced going out and cafés have absorbed a lot of that demand. In Korean culture you don’t really invite your friends or parties to the home, you meet outside. In the 1980s and 90s a lot of people would go out drinking, but the younger generation are going to bars less.”

Competition is particularly fierce in Seoul, with a 2017 report in the Korea Economic Daily estimating that while the number of coffee shops in Seoul had exceeded 18,000, just 55.6 per cent of new outlets survive their first year in business. In fact, coffee shop design is so important in Korea that having a good location is often a secondary concern to devising a beautiful in-store aesthetic says Seoyoung. 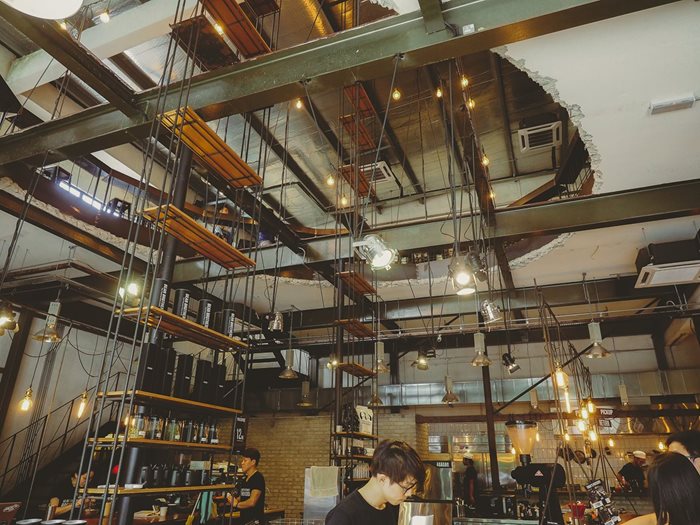 “Because they’re highly competitive, cafés developed these attractive spaces. The amazing thing about Seoul and Korea is that you can really be out in the middle of nowhere and people will still come. Koreans post their café visits on Instagram so fast it’s really easy to get buzz if you’re space is just great,” she explains.

With so many cafés jostling for space in an increasingly saturated market, making a statement is essential to attracting custom. This explains the recent trend for bold café concepts in South Korea, with big ex-industrial spaces being snapped up by coffee shops seeking to woo consumers in an increasingly competitive market. These impressive spaces aren’t just monuments to Korea’s beloved beverage, they also demonstrate business confidence in sufficient consumer demand to fill them. But what’s interesting is how many coffee shops are adapting in-store environments to host a range of events and products revolving around a core coffee offer.

BEAN BROTHERS is currently developing a new café concept in Incheon called ‘COSMO 40’. With its own distinct branding, this gargantuan 3,000sq m warehouse space will function as coffee shop, exhibition space, pizzeria, bakery and bar, in what Seoyoung describes as more cultural complex than café. This veritable coffee cathedral makes a bold statement about the role of coffee shops as the ultimate third-place destinations in South Korea. Starbucks too has responded to this trend, opening its own huge two-tiered 1,000sq m Reserve store in Seoul in January 2018.

“It’s difficult to just serve coffee into these spaces, so coffee shops are including more content. Many have regular exhibitions, flea markets, community events or live music,” explains Seoyoung.

So, what next for a coffee shop market that is bursting at the seams? Premiumisation is a key trend in developed coffee shop markets across the globe and South Korea is no different. As consumers develop more sophisticated tastes and market space for physical store expansion diminishes, coffee shops are turning to new and more expensive products to froth sales.

“The pricing structure is moving toward mid and high-end coffee. 40% of customers order Americano, but more cafés are trying new concepts like batch brew, which is which is much more convenient for take-out and much more consistent than manual hand brew,” says Seoyoung.

Nitro cold brew is also increasingly popular and saw positive sales in 2017, But it’s ready-to-drink (RTD) products that Seoyoung singles out as the next big opportunity for the South Korean coffee shop market. “In the US you see a lot of specialty brands taking on the RTD market – Bluebottle, La Colombe or Stumptown. In Korea there’s a huge number of specialty brands, but they’re not a doing RTD bottles. If they could refine a better RTD then they could compete with established brands such as Starbucks,” she explains.

It looks increasingly difficult to keep up with the scale and pace of South Korea’s frenetic coffee shop boom, but the country’s romance with the coffee shop shows no sign of waning. And for coffee shops that can maintain and grow their share in this bustling market, coffee looks set to remain South Korea’s very own black gold for some time ahead.